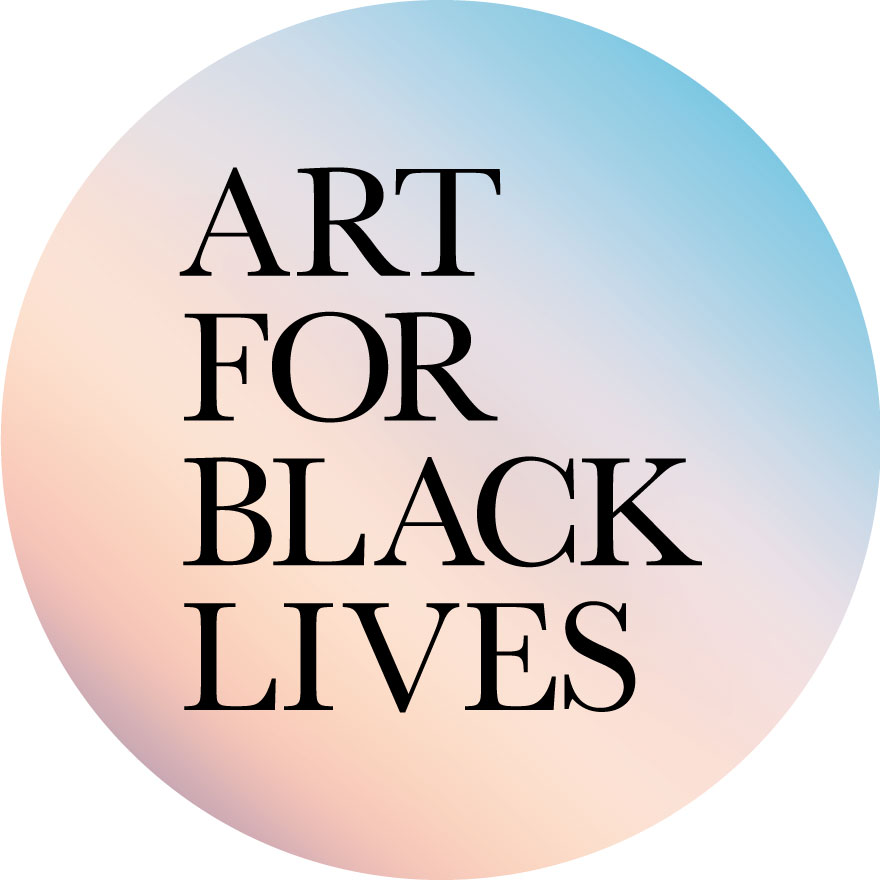 A funded artist residency in Palm Springs, CA for the month of August 2021 open to Black Trans visual artists

Golden, “I just want to wear my orange dress to the tennis courts & come back home unbothered,” 2020

We are thrilled to announce that Golden will be the inaugural A4BL Artist in Residence. You can see Golden’s work online and on Instagram. Golden will receive a $2000 unqualified stipend and live / work space in Palm Springs for the month of August 2021. The jury also recognized Saylem Celeste, Sean-Kierre Lyons and Salimatu Amabebe as finalists from a competitive pool of more than fifty applicants. The jury was comprised of Erin Christovale, Che Gossett, Tavia Nyong’o, Robert Franklin, Camila McHugh and Will St. Amant.

Golden is a black gender-nonconforming trans-femme photographer, poet, & community organizer raised in Hampton, VA (Kikotan land), currently residing in Boston, MA (Massachusett people land). Their work documents the intersections between Blackness, family, and gender within the construct of America. The jury was particularly impressed by Golden’s On Learning How to Live—an ongoing self-portrait series in which Golden documents their life as a Black nonbinary trans-femme from the American South, living in the Northeast—and was interested to see how this project would develop in the context of Palm Springs and the West. The jury was also enthusiastic to support Golden’s intention to use a portion of the residency stipend to print some of these photographs for the first time: a critical step in the development of this series and their practice.

Golden is the recipient of a Mass Cultural Council Fellowship in Photography (2021), Pink Door Fellowship (2017/2019), an Isabella Stewart Gardner Museum Luminaries Fellowship (2019), the Frontier Award for New Poets (2019), a Best of the Net Award (2020), and a Pushcart Prize nomination (wildness, 2019 & Glass Poetry, 2020). Their work has been featured on/at Shade Literary Arts, the Offing, Button Poetry, Buzzfeed, i-D, Interview Magazine, & elsewhere. Golden holds a BFA in Photography from New York University (2018) and is currently a City of Boston Artist-in-Residence (2020-2021).

I’m fake cus I’ve been companions
with the same good, same dark

away, when I know the answer
to why I wish more days began

quilted in quotidian quiet,
with soliloquies from my mother

about how she misses Christmas
dinners at Daddy’s house

back when we wore family
out by darting the dozens.

When can we make laughter
our dominion again?

Must we always decide between
a country and our childhood?

I deserve to be a daughter,
& my Grandmother deserves more

days where she remembers
the German Chocolate Cake recipe

better than any other Pocomoke Praise
Dancer could.

My god. My home

the most marvelous magicians
this world done’ever called mother.

Who is Pocomoke boy? Who is any man
who’s not held my Grannie by the back

and told her “We are blessed
you chose us”? Yes, my family, we’re pretty

but not a picture. We’ve petty shredded
our teeth against each other’s necks,

Hell, there’s an alternate universe where
we’ve killed to set one another free.

Golden cus it belongs

to my birth, to my Pop Pop’s morning
prayer, to my father & I’s soul silence.

Diaspora doves, do we ever make it
back from our origin stories?

To the earth where our uncles rest
a porch holler away? Unionville,

I don’t know geography nor gender
any better than I did in the 90s.

we know my name.

Saylem celeste (they/them) is a Black, Queer, Trans non-binary Reparations Alchemist (Artist/Activist Hybrid) working in their hometown of waawiyatanong (Detroit, Michigan). They create images and objects that communicate the living relationship between the experiences of Queer, Black/Indigenous, Femme identifying folks and ideas of home and heritage. As a previous student of academic institutions such as risd, sfai, the university of michigan, and wayne state university, saylem has now turned away from traditional academic prospects to pursue direct community involvement, alternative learning experiences, and grassroots guerilla theory. saylem is currently practicing the Black folk tradition of quilting in tandem with a sustainable fibers practice to provide mutual aid- in order to cultivate a spirit of healing, restoration, and solace to those in need of immediate care and inspiration.

Jury members responded to Celeste’s vision of adapting the Black quilting tradition to respond directly to the conditions of contemporary Black life. Members responded also to the urgent message of their proposed project, a site-specific installation that would serve as a meditation on transience, highlighting the housing discrimination and lack of societal supports endured by the Black Trans and non-binary community.

You can see more of Saylem Celeste’s work online and on Instagram.

Sean-Kierre Lyons’s multidisciplinary practice suffuses collective memory with a childlike whimsy. Excavating and reclaiming malign reminders of the antebellum South, Lyons’s oeuvre encapsulates an anthropomorphic universe of characters that recuperate the dynamism and cultural context that shapes Black American identity. Taking the form of embellished flowers, clouds, insects, and other natural life, Lyons’s impassioned creatures wear caricaturesque expressions reminiscent of archetypes born from minstrelsy. With humor and searing acuity, Lyons gently mutates histories of representation and ownership by imagining friends and loved ones as the ebullient figures of a Black Flower Forest.

The jury panel commended Lyons’s skill at reclaiming controversial — even confrontational — imagery while still centering an impulse for play. The panel was particularly excited about the potential for the desert ecology of Southern California, its almost alien flora and fauna, to inform Lyons’s psychedelic cast of creatures.

You can see more of SK Lyons’s work online and on Instagram.

Oftentimes artist statements made me feel further away from the work. My work is about assuming my audience is Black. It’s not about creating space for us, but assuming our right to space. I’ve started writing artist statements as letters. This one is a letter to my father.

I’ve been thinking a lot about my handwriting lately. I saw Eremi and she complimented it, and I told her that the funny thing is I used to write like this. That was the style when I was in middle school, big bubble writing. Then she wrote me a Valentine’s Day card and I just liked how she wrote. I started writing that way and over time it evolved into what it looks like now – a little bit more spindly and a little more rushed. She told me she had been copying her friend’s writing style too.

I’ve been thinking about how easily we absorb these things that seem so mundane. How we pass them between each other and they become a part of us. Handwriting feels so fundamental, but it is taught, learned, absorbed, just like everything else.

As a child, I remember looking at the color of my hand. I remember the distinct feeling of surprise at my own newness. I was acknowledging that this body was still new to me, so new that sometimes I would forget that I was in it.

By now we’ve lived in so many places that no one place feels like home. I don’t know if you feel that way too. I feel at home in places where I don’t feel inconvenient. Often, I feel that even well meaning white folks are not sure how to treat me. They stumble over words, they check my eyes for clues of offending me. I check theirs to gauge their level of discomfort. It doesn’t make me angry. It just makes me feel tired. Being around my community feels like a reprieve. Like the break I take before standing up, inhaling deeply and going back out into it. The more breaks I have, the stronger my laugh gets. Sometimes it gets so strong it shakes those nervous white folks into ease and we can pretend for a few minutes that we’re all in this together.

The jury was intrigued by Salimatu Amabebe’s idea of Black Convenience as a take on economies and cultures of care. Amabebe considers the role of the convenience store in Black neighborhoods (and in so-called food deserts), as well as the way convenience can also connote a kind of luxury. Black Convenience is also the title for an ongoing series of hand-crafted objects, which the jury admired for their striking visual quality, such as Chocolate Afro Puffs Cereal, which reimagine the convenience store as a place for celebrating both personal and political Black histories. This project was also compelling for its connection to Amabebe’s work in food more broadly, specifically their Black Feast initiative, a culinary event that celebrates Black artists and writers through food.

You can see more of Salimatu Amabebe’s work online and on Instagram.

To create an environment conducive to creativity, productivity and community for emerging Black Trans visual artists via one-month funded residencies in Palm Springs, California. To help foster an ethos of accessibility and support for Black Trans folks in Palm Springs, a place with a rich LGBTQ+ history and culture.

The residency is open to Black Trans visual artists working in any medium.

Recipients of the A4BL Residency will be provided: